I found this great article about eBay’s problems on the New York Times website (although it was unfortunately centered around the hypothesis that Amazon should buy eBay), along with this follow-up on Wired.

From the Wired article:

From where we’re sitting, it looks pretty chaotic. eBay’s CEO is out playing politics; one of the highest-ranking executives is publicly trashing the business; and customers are apparently planning a revolt. There are roughly 248 million registered users on eBay — and while not all of them are going to be happy, the company’s listings fell 3 percent during the first nine months of 2007, which indicates that a huge chunk of its customer base is taking its business elsewhere.

I personally have come to hate eBay. After:

I have all but given up on using them. Too bad there are no really valid competitors to put real pressure on eBay.

“DRM Free” isn’t just a political statement, it’s a real consumer benefit. These files are compatible with virtually everything, any PC, Windows, Linux or Mac, and virtually any handheld, from iPods and iPhones to Sony PSPs and smartphones of all flavors. Support the Unlocked Media mark! 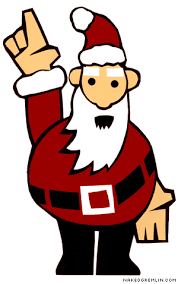 This one is close to my heart.

The consumer electronics chain CompUSA will be a thing of the past by next year, as the chain announced over the weekend that it will close its remaining 100 stores once the holiday season is over. According to Reuters, the restructuring firm Gordon Brothers Group will purchase the company’s stores and resell its remaining assets.

Expect some big holiday sales, for those of you who still live near a CompUSA.
More from the story:

With the closure, customers will likely be looking at some bargains at the holidays.

Founded in the mid-1980s, CompUSA has been controlled for most of its existence by the Mexican billionaire Carlos Slim. The company closed about half of its stores in March in a restructuring, and was reported last week to be considering selling some of its stores to rival Circuit City.

In high school, many years ago, I used to work at CompUSA. I stocked shelves for about two weeks, then sold computers for about 8 months (and only on the weekends during the school year). I made good money there as a high schooler, as they paid 1.5x minimum wage, plus gave incentives for selling service plans on computers. I probably netted $10-13/hour all in. Plus I won a Playstation 1. Not bad for a part time job where I got some great discounts.

Reshma had open a NYTimes.com article about the Ironman Triathlon when I opened the laptop today. Accidentally, I double clicked on the word “surgeon” that appeared in the article. The site popped up a new window with the definition of the word that I had double clicked on! The new page had only the definition, but I see the possibility of including articles related to that keyword, or even cross-promotional opportunities.

Effectively, every word in the article is now a subtle link. Now THAT’s context-sensitive hyperlinking!

One of my favorite shows on TV is Futurama. It’s a brilliant cartoon (a la Simpsons) set in the year 3000. I just learned that a new season of Futurama is being released direct to DVD. One of my favorite quotes related to what the show is like, from the co-creator and co-producer David X. Cohen:

According to the article, “the first DVD hits stores on November 27, and the features will then be divided into half-hour episodes when the entire run of the series begins airing on Comedy Central next year.” Good news everyone!